Toronto – Kicking off the 2016 season against the Hamilton Tiger-Cats was the perfect way to begin a new era of Argonaut football at BMO Field. Playing the season finale against the Saskatchewan Roughriders is the best way to end it. Rider Nation always brings a loud travelling crowd that will set up an intense matchup for the Double Blue this Saturday.  With a crowd of Toronto Blue and some Saskatchewan Green Saturday is sure to be a highly competitive game.

Both teams have less than stellar records. Toronto currently sits at 5-10 while the Roughriders are only 4-10 and were officially eliminated from playoff contention last week. The Riders have won 3 consecutive games and will definitely look to continue their streak this Saturday.

This game for Toronto has to absolutely mark the first of a 3 game winning streak.  With some help along the way that could still put Toronto into the playoffs though it won’t be easy. However, just like what Coach Milanovich said to the team at halftime of last week’s game against Calgary, “you can either quit or you can fight” definitely stands true for what is left of the Argonauts season. 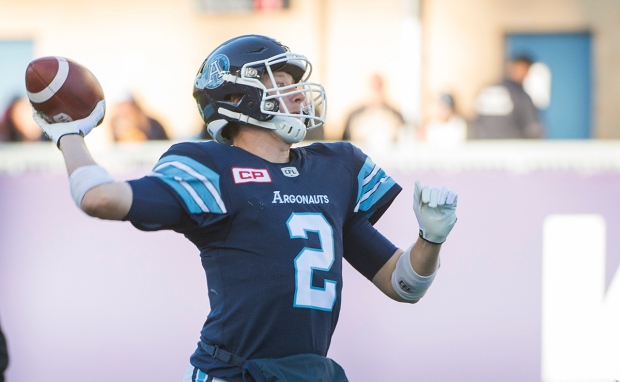 So much talk has been about Drew Willy’s comfort with the system and his teammates. Whether it’s about Willy or the Canadian rookies, Jones and Noel, put the playbook aside and play. Let the players make plays. Open up the field. Chris Jones is considered to be a defensive master mind so maybe some whacky play calls not currently on film can catch the Riders by surprise. Take some chances, whether it is down the field or a trick play. Frankly, what do you have to lose? Defensively I would suggest the same.  Send the house at Durant, get him scrambling and force him to make plays a 33 year old quarterback find hard.  Though improving Saskatchewan has scored the fewest points in the league so forcing the issue may not be a dangerous game plan. 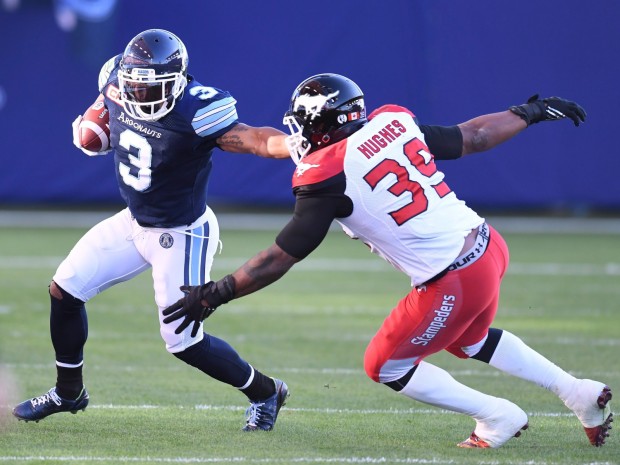 Feed Shaw and Spencer and Whitaker

Kenny Shaw and Diontae Spencer along with Brandon Whitaker have been the 3 most consistent performers on the team. They all need the ball as much as possible. Double digit targets with 100+ receiving yards for Shaw and Spencer will be a must if Toronto wants to put points on the board. The same goes for Whitaker. Let him carry the ball and catch the ball in open space. If successful opportunity will like open up for Jones and Noel. 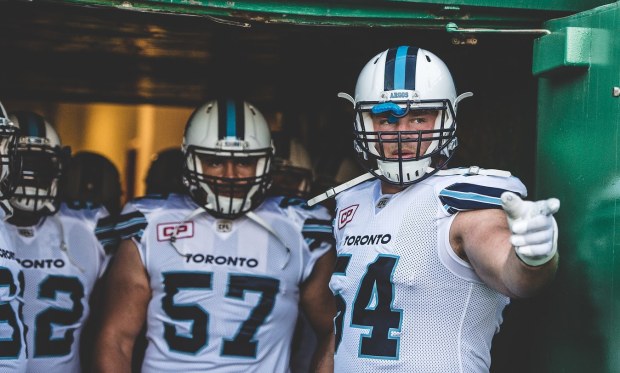 Saskatchewan is last when it comes to quarterback sacks with only 18 on the season.  Last week against a strong, for lack of a better word, Calgary team the Double Blue gave up 6. That shouldn’t and can’t happen again. Little has been spoken or written of Toronto’s offensive line this season. No doubt the constant quarterback change has made life just as difficult for them as it has for anyone else on the offensive side of the ball. With this being Willy’s third game under center the hope is the team can finally begin to get comfortable with some consistent play.

Saturdays game mark the final regular season game at BMO Field.  I can’t say that I’m not disappointed with some of the attendance numbers this season. But the game day experience is so much better than it has been in years past and a committed Ownership group will only learn from this season and improve upon it for 2017. But nothing matters more and helps sell tickets more than winning so lets hope the Argos can get one Saturday.