Toronto – It’s not over until it’s over. That’s the official line of the Argonauts this week who even with a record of 5 – 11 are still capable of earning a playoff spot. It also won’t be easy. A loss this week or a Hamilton victory would officially eliminate the Double Blue from the post season. Of course Toronto can’t control what Hamilton does in their game against Ottawa. Their focus has to rest solely on the Calgary Stampeders who as we all know have been the class of this 2016 season sitting currently with a record of 14-1-1.

Calgary has already clinched home field in the Western Final so you have to believe their goals for the two remaining games they have is 1 )stay sharp and 2) stay healthy. Unfortunately last week they took their foot off the gas pedal slightly against Montreal looking less than stellar offensively anyways winning the game by a score of 22-8. More importantly the team suffered a devastating injury to linebacker Deron Mayo who is out for the year with a torn patella tendon. Not wanting to deal with another injury is obvious but the Stampeders haven’t indicated how many minutes their starters are going to play.

From Toronto’s perspective none of that matters. The team has lost 9 out of 10 games and is currently playing without any confidence and ability to execute. Let’s be honest this season hasn’t been pretty. Their 4-2 start is long back in the rear view mirror. But like in life, it’s a new day and there are glimmers of hope.

The veteran pivot returns from the 6-game injured list and is set to start Friday night. If you think one guy can’t make a difference than you don’t know what a quarterback brings to a football team. Ray hopefully will have a calming effect on the team’s offense and allow them to move the ball with some relative consistency. Also, Ray will provide hope for a Toronto team that can look towards 2017 knowing a healthy Ray can still be a big part of the puzzle for 2017. 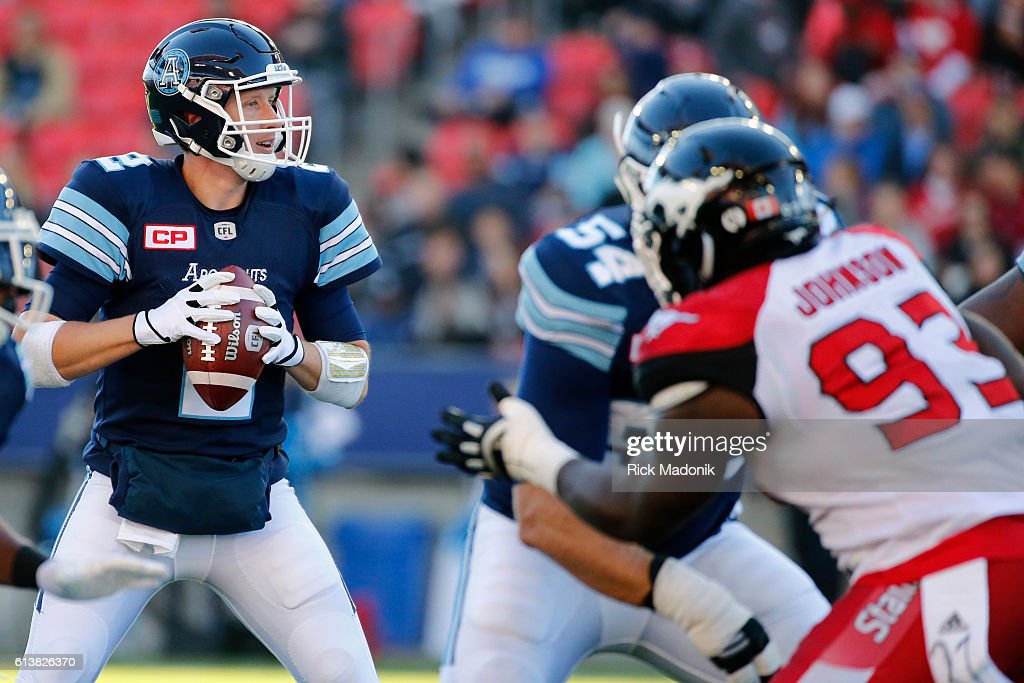 Willy isn’t suiting up for the game due to an undisclosed shoulder injury. His start in Toronto has not gone smoothly at all. Yes he can be better next year after studying the system during the off-season. But learning under Ray will go a long way towards stabilizing the most important position in the game. Whether Ray returns next season with Willy backing up or vice versa is still anybody’s guess. Either way as long as they’re together they need to work together.

This Friday marks a homecoming for the Argo rookie. Last year’s first round pick has been thrust into the starting centre position with Toronto and has held his own. McEwen is likely Toronto’s rookie of the year and a future mainstay with the Argonaut offensive line.

A tip of the cap to the Calgary Stampeders organization who will be wearing a modified “Outlaw” jersey out of respect to their departed teammate Mylan Hicks. Their quick and determined response to a matter frankly I’m not sure many were talking about is a true indication of the leadership throughout their organization.

With Saskatchewan set to unveil the New Mosaic Stadium next season Calgarys McMahon Stadium will take over the title as the leagues oldest stadium. It was built in 1960.