The 2015 CFL season is over and the 2016 season will be here before we know it. I can’t wait to watch an Argonaut game at BMO FIELD next season. I know there is pressure on the team to help create the type of “Game Day” experience that has eluded the Club for many years. Now the adage that “nothing replaces winning” is certainly true.  Just ask the Blue Jays what happens when you put out a product that wins. But from a football personnel standpoint the Double Blue are in good hands. The team will be a competitive one as it hopes to host another Grey Cup game just like it did in 2012. But this season isn’t about a one-off type season. The move to BMO Field is about taking the first step towards sustained growth and interest.  That yes has a lot to do about football but also a lot to do about marketing. I believe that no stone will be left unturned as the Organization attempts to return the team back to the forefront of the Toronto’s sporting landscape. Here are my 5 hopes for the game day atmosphere next season at BMO Field. 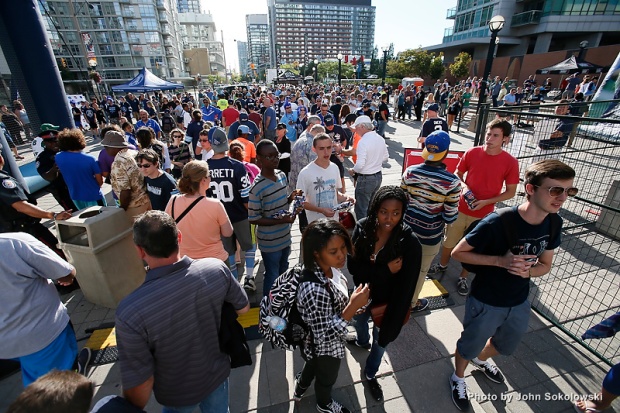 This one is a no brainer. I’ve never tailgated in my life for the simple reason that I live in Toronto and that has never been an option. But it is obviously one of the more important aspects of any football game. All other CFL teams have it and it’s an absolute essential. It brings people together and helps create the “EVENT” type of atmosphere all professional sports teams strive for in their attempt to get fans out from the comforts of the Man Cave. 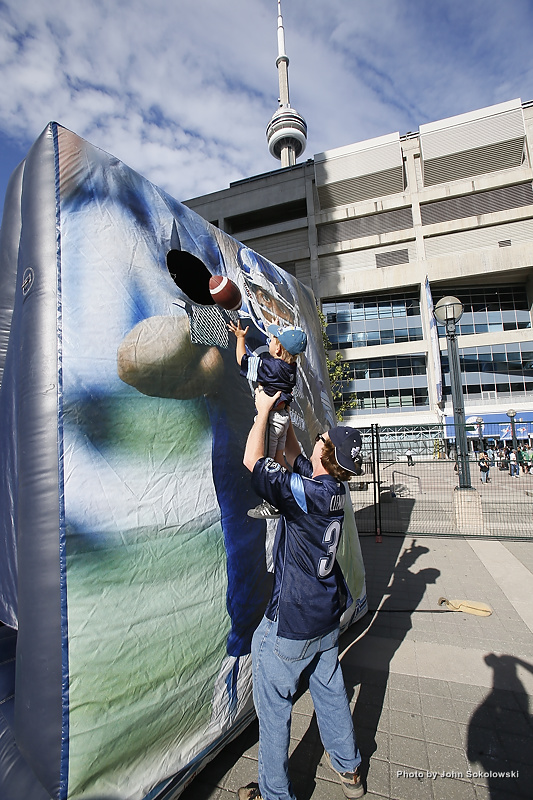 As a 42-year-old with 2 young kids I have to admit that sitting on a lawn chair a couple of hours before kick-off and throwing down a few beers with the boys can’t be the only thing that draws me out to a game. But a family fun zone with opportunities for all kids to play catch on the field after the game would definitely go a long encourage parents to bring the kids out and enjoy Canadian football. My kids love running the bases on Jr. Jays Saturday, and I know catching a pass and running in for a touchdown would have the same result. 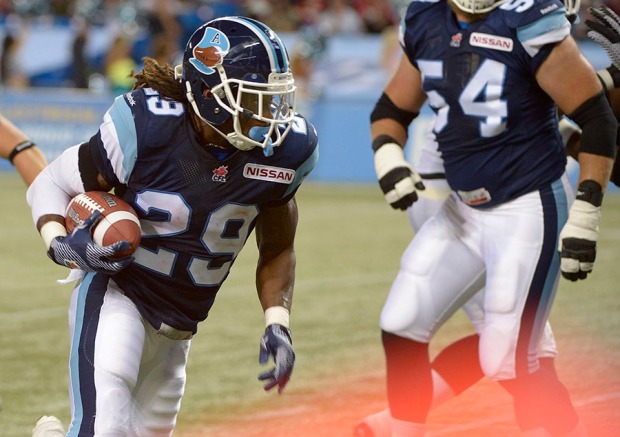 You can’t live in the past, but you shouldn’t forget it either. Now I completely understand that a history lesson and constant look backs on the glory years of the Double Blue might not be the best way to get millennials interested. These aren’t your Grand Dads Argos, nor should they be. But if once maybe twice the team can come out in a retro jersey like the one they wore when they last played at the C.N.E would be a nice homage to those of us who cherish the many great memories that came from those times.

Reach out to Minor League Football as well as U.of T and York University

I can’t stress enough how important it is for the Argos to continue to nurture and develop their relationship with minor league football across the GTA and southern Ontario. While Metropolitan Toronto may not have a large contingent of kids playing amateur football, there definitely is a following outside the GTA. Newmarket, Ajax and Oshawa are 3 communities that come to mind. But also, the Argonauts need to foster a relationship with the University of Toronto and York University. University themed Friday night games with special ticket packages and in-game promotions will serve as a great way to not only increase the spectre of local football in the community but will also attract a young fan base to BMO Field. 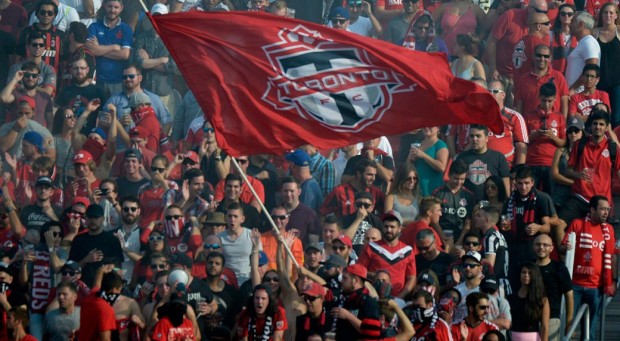 This point perhaps won’t sell a single ticket. In fact I’m certain it won’t. But to be frank the hostility developing between Argo fans and TFC supporters who feel they’re stadium in being taken over is really old. In a recent interview with the Toronto Star impending Argo President stated that it was “important to make peace” with TFC. Argo owners Bell and Larry Tanenbaum have reassured TFC fans that the grass field will not be compromised in any way and that there will be no additional CFL or sponsorship logos. I have no reason to doubt them. What if TFC fans had a home at every Argo game?  Perhaps a “South Side” section or a less subtle “Red Patch” section may at the very least go a little way as a sign of appreciation for sharing their home.

3 Comments on 5 things I hope BMO has next year.