At this point of the season, nearly everything that can be written about football has seen paper, computer or phone screen. Stats have been analyzed and scrutinized, and arguments have been made as to who will or will not finish the season on a high note. I thought it would be fun to come up with a couple signature Argos Admirals sandwiches to help the fans get ready for the post-season. My friend Steve and I each came up with a favourite. (We have lots more ideas if you’re interested for next year, Mr. Copeland. Tailgate party anyone?)

I’d also love to hear about your own game-time food rituals. Let us know in the comments section

From the moment Jay suggested I come up with a sandwich inspired by my beloved Toronto Argonauts, I was both excited and a little nervous. I mean, football and food, two of my favourite things. What more can you ask for? But there’s also the pressure. This is the Argos we’re talking about. This couldn’t be just another sandwich, time to step up and do my team proud. Ladies and gentlemen, I present to you, The Double Blue.

There you have it, The Double Blue. A sandwich fit for the best team in the league!

Growing up out west, I never knew why Toronto was called Hogtown. Somebody once told me that it was because Toronto won so many championships in football and hockey at all levels of their respective sports. Slightly older history suggests it was because of the pork-processing plants in the late 1800’s and into the early 1900’s that were located within the city limits that also gave rise to the famous peameal sandwich. Even more ancient history infers that Toronto “hogged” all the attention of the Upper Canada governing body at the expense of smaller communities. (Okay, so this is pretty true currently as well.) The oldest reference I came across was that York, the name of the original settlement came from the Saxon word “Eoforwic” which meant wild boar village. Whether this was because of the living conditions or the nature of the inhabitants isn’t clear, but over the years Toronto has clearly earned the right to proudly call itself Hogtown, and here’s a sandwich to share in the glory.

This is a perfect sandwich to make for a party, or for lunch if you’re a defensive lineman. 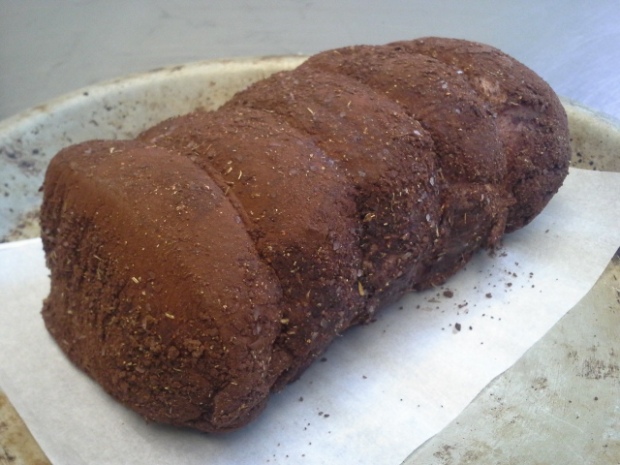 Combine the dry rub ingredients and rub generously over the pork roast.  Place the roast on a pan, put in 450F oven or barbecue over indirect heat for about 10 minutes. Reduce heat to 350F and cook for about 15 minutes or until a meat thermometer reads 145F. (A little pink is fine in pork.) Let sit for 10-15 minutes, then slice thinly. 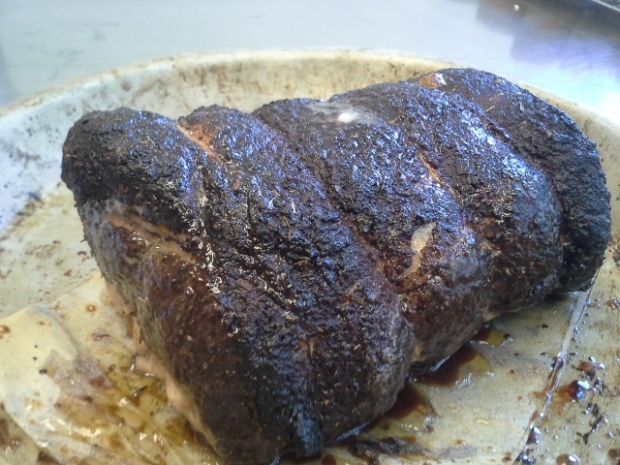 Thinly slice ¼ to ½ red onion, cover with the juice of ½ lime, and a dash of salt. 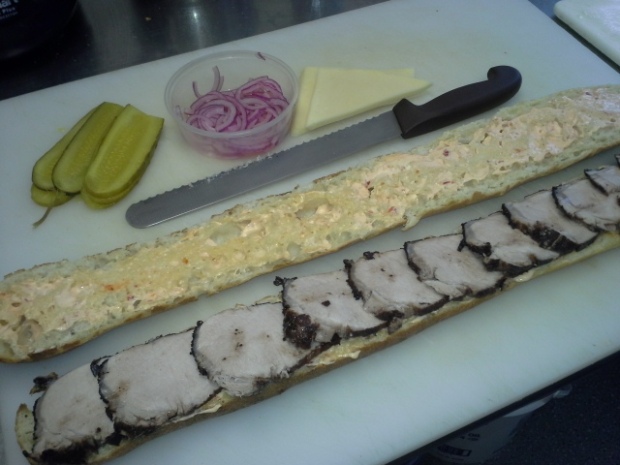 To assemble the sandwich, 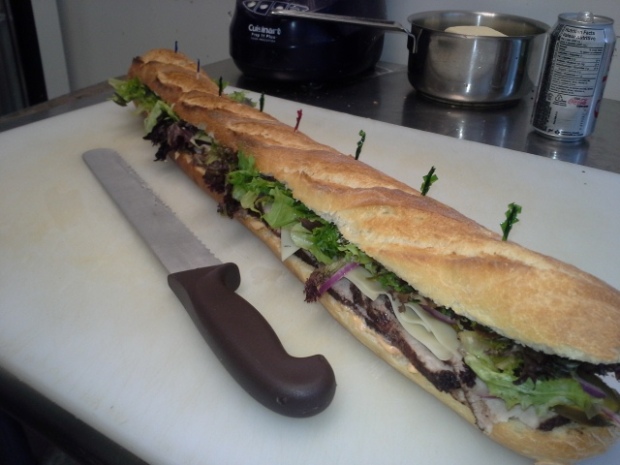