Ottawa Redblacks' Chevon Walker (29) tries to play the ball past the Toronto Argonauts during first half CFL action in Ottawa on Saturday, Sept. 26, 2015. THE CANADIAN PRESS/Justin Tang

Toronto – In a rare Tuesday night affair, the 142-year-old Toronto Argonauts will travel to Ottawa for a “home game” against the Ottawa REDBLACKS. In a season that has seen its fair share of out-of-the-ordinary games and situations, a Tuesday Night “home game” that is 450km away from your actual home, may take the cake. If the Argos are going to continue to make noise in the Eastern Conference, these will be the five keys to the game: 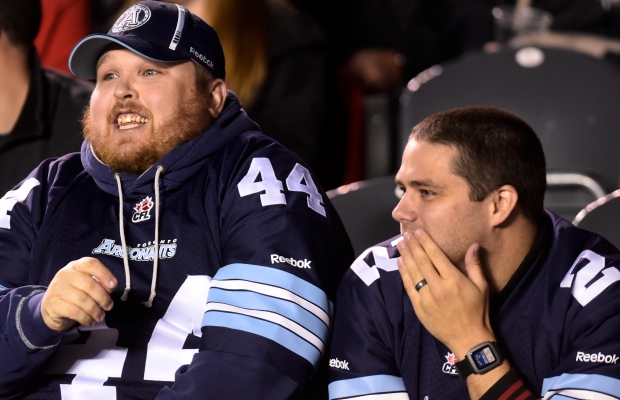 1. Take the crowd out of the game early.

Much like when the Argonauts played Ottawa just two weeks ago, in Ottawa, taking the crowd noise out of the game early can be a big advantage for a road team. Though the Argonauts are not technically the road team and many faithful double blue fans will make the trip, Toronto should treat this like a road game. The REDBLACK fans have quite the reputation already and if they get into a frenzy, it could be hard for Trevor Harris and his offence to communicate on the field. Long drives on offence that result in points and quick two-and-outs from the defense can go a long way when in enemy territory. The REDBLACKS are coming off an incredibly short rest period as they played just last Thursday night, in a big win over the Montreal Alouettes. If Toronto can get ahead early and keep their offence on the field, Ottawa may start to get worn down which should make it even easier for the Boatmen. As long as Toronto starts with some fire in their belly, they should be able to quiet down the “visiting” Ottawa fans at TD Place.

Just in time for the playoff race, the Toronto Argonauts are getting two major reinforcements in veterans, linebacker Brandon Issac and running back, Curtis Steele, coming off the injured reserve. Issac started the season at his usual LB position playing in eight games registering 26 tackles and two fumble recoveries. He has been out since August however, and the Argos defence has missed his leadership and his knack for making a big play when it matters most. Curtis Steele has yet to play at all this season after suffering a knee injury during training camp. Steele who’s nickname is the Man of Steele, because of his ability to jump over the goaline, will be a nice compliment to Argos RB Brandon Whitaker, who’s coming off a very good game against Ottawa. Steele also has a lot to offer on special teams; often being one of the first men down field on a kickoff coverage, or being the main blocker on a punt. Steele will add some experience that the special teams units have lacked. The Argos also welcome back Kicker, Alix Anthony, who was with the team during the 2012 season. He will handle punting duties on Tuesday night. Chad Owens. That is really all that needs to be said when thinking about the Argonauts special teams. However, he would tell you (and rightfully so) that the credit should be going to his blockers and special teams coach, Scott Downing. Nevertheless, Chad Owens, for the first time since June 26th 2014, returned a punt to the endzone for a touchdown. It had been a long time coming, but it happened at the perfect time for the Boatmen. It gave the Argos a spark that helped lift them over the Ottawa REDBLACKS. Toronto doesn’t even necessarily have to score when they return kicks or punts, they just need to continue to win the field position battle, and with Owens finding his groove again, they look poised to do so.

The leaves are beginning to change and are finding themselves on the ground. That’s right, fall is in the air and most CFL teams are getting ready for a playoff run. For the Argos, a win Tuesday night would go a long way in helping secure a playoff spot. One of the main things they’ll need to do on Tuesday is get after the 40 year old, Henry Burris, who’s leading the Ottawa REDBLACKS’ offence. Lately, Burris has been playing like he’s 28, but in reality his body is still 40. Being a short week for Ottawa, and facing an aggressive Argos defensive front could spell trouble for him. At game time Tuesday night, it is suppose to be 15 degrees Celsius and overcast. That’s a typical fall day, and for Burris, lets hope he is feeling the cold a little more then the rest of us. The Argos got to Burris four times in their last meeting and held him to just 18 yards rushing. If the Argos defence can get Burris to the ground often Tuesday night, Burris may find it just a little more difficult then usual to pick himself up. If Burris is not on his game and is feeling the effects of the cold on a short week, the Argos drastically increase their chances of getting a victory. 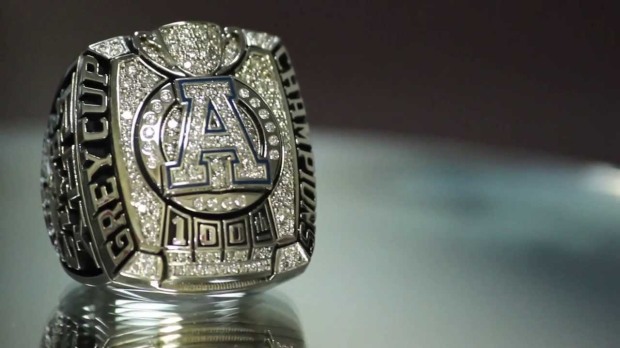 It seems like a very cliché thing to say, but Toronto is now in a must-win situation for the remainder of the season. Even though a few teams in the Western division are struggling, which all but assures the Argos should make the playoffs, they must not lose focus on the real target; 1st place in the East and a bye week. In an unfortunate injury to Hamilton Ticats’ starting QB, Zach Collaros, the door has opened for Toronto to climb back into the discussion of winning first place. Even without the tiebreaker against Hamilton, the Argos are in good shape with six games remaining. If Toronto plays with urgency and their renewed focus for the final six weeks, there is no reason the Argos can’t once again host a playoff game and make a deep run into November. However, before anyone can start thinking playoffs and Grey Cups, the Boatmen must take care of business against Ottawa, who currently sit ahead of them in the standing by half a game. The Argos veteran leadership and experience should be the difference maker in a game like this and could ultimately help them win Tuesday night.

1 Comment on 5 Yards off the Ball: Tuesday Night Football!