TORONTO – The Argonauts are once again hitting the road for an away game, however, they face possibly the toughest test yet. Having just five days to recover from a tight home win against Ottawa, the Argos now travel to Edmonton to face the 5-3 Eskimos on Friday Night Football. If the Argos are to make four straight wins, here will be the five keys to the game:

1. Come out of the gates fast

To say this has been a constant key for the Argos would be an understatement. Week after week we all talk about how Toronto must start off faster and can’t rely on fourth quarter comebacks or hanging on by the skin of their teeth at the final play. Well, until they do start off quicker and establish some momentum early, I will continue to state that they must. Yes, the Boatman are sitting pretty at 6-2, but their winning ways likely won’t last if they can’t score more points in the first half. The Argos are averaging just 10 points a game in the first half, but are averaging almost 28 points a game. Playing from behind this often has helped shape the character of the team, but eventually one has to believe their luck could run out and playing from behind late in the game just won’t cut it. 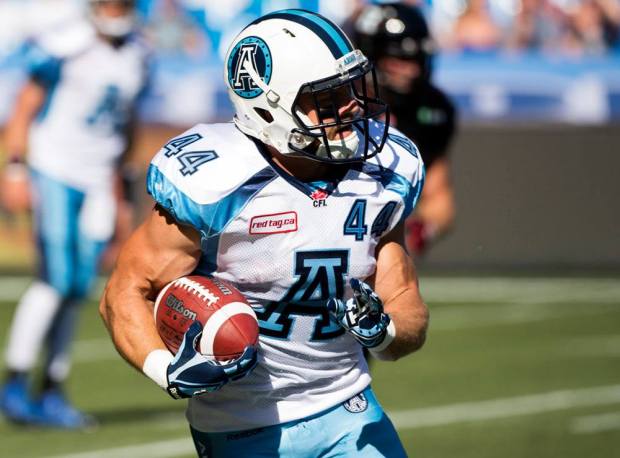 The Argonauts have the rare opportunity of having two premier running backs in their backfield at one time in veterans Brandon Whitaker and Chad Kackert. Somehow the Argos need to take advantage of that this Friday against Edmonton. Being on a short week, the ability to effectively run the ball whenever you want will be huge for the offense’s overall production. It not only runs the clock down, but it tires out the defense quicker then it does an offense. The last time these two teams met, Whitaker rushed for over 100 yards and had a 57-yard touchdown reception. If he can come close to those numbers again, that would go a long way in securing a victory. Toronto may be cautious with Kackert as he still is getting back into the rhythm of playing football every week.

3. Don’t get caught looking ahead

As fans it is impossible not to look forward to the Labour Day Classic that is now just over a week away. Add in the Hamilton and Toronto are currently fighting for first place by themselves and you have a potential historic game in the making. But first, the Edmonton Eskimos are looking for revenge, not just from their week 1 loss to Toronto, but also from being embarrassed last week at home to those same Hamilton Ticats. It would be easy for this young Toronto team to get carried away looking ahead to the back-to-back games versus Hamilton, but in reality they can’t afford to do so. The Eskimos are a very good team and a loss Friday could end up hurting Toronto in the standings in the long run. Focus will be key for this game, not just because they’ve had very few days to prepare for it, but it is another character building type of game. A win Friday for Toronto will really start to turn some heads around the CFL.

For the second time in three weeks, the Argos will be facing a quarterback making his first professional start. This time it is Eskimos pivot, James Franklin, who in relief duty has provided a spark at times. Franklin has appeared in 5 games this season completing 62.7% of his passes with five touchdowns to just one interception. Argos defensive coordinator, Casey Creehan will likely try to dial up some blitzes and exotic looks to confuse Franklin. Veterans among the Argos defensive line like Ricky Foley and the Edmonton native, Cleyon Laing will be looking to make it a long day for the Eskimos offence. If Toronto shuts down Edmonton’s running game — that ranks third in the league — it would put a lot of pressure on their passing game that currently ranks sixth in passing yards per game. Football is the ultimate team sport, and if Toronto offence gets off to that fast start that was earlier discussed, it will go a long way in helping their defence play more relaxed and prone for turnovers. 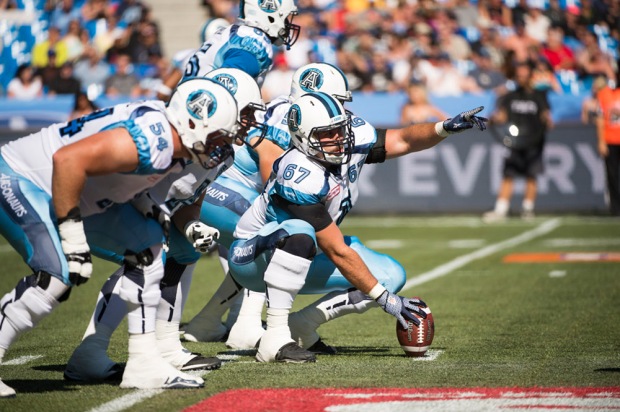 Just as Toronto’s defence will be looking to attack and confuse Edmonton’s James Franklin, the Eskimos defence will be looking to do the same to Argos pivot, Trevor Harris. The Argonauts’ offensive line faces their toughest battle of the year this Friday, when they go up against the likes of Odell Willis, Marcus Howard, Almondo Sewell and Eddie Steele. The four of them have combined for 12 sacks on the year and will be looking to add to that total Friday Night. Last Sunday saw the return of Centre, Jeff Keeping, which allowed the Boatman to move Van Roten back over to Right Guard. At Left Tackle, Bruce Campbell has done quite well in his first season in the CFL, manning Trevor Harris’ blind side. Nationals, Tyler Homes and Chris Van Zeyl, round out the offensive line at left guard and right tackle, respectively. The unit will be put to the test early against a very aggressive Chris Jones defence that likes to get after the quarterback. Harris will need a clean pocket to work out of so that he can try to pick apart the Eskimos’ secondary that currently ranks 1st in passing yards allowed per game with 230. How the line performs Friday night, both in pass protection and run game, will likely have a major outcome on the games’ winner.