TORONTO – Following a five-game, month-long road trip, the Argonauts will make their long-awaited return to the Rogers Centre on Saturday, as they host the winless Saskatchewan Roughriders in the team’s home opener.

The 2015 season will be the Argonauts’ final campaign at Rogers Centre.  Beginning in 2016, the Boatmen will play their home games at nearby BMO Field, a multi-sport athletic venue which currently houses Toronto FC.

On Monday night, the Argonauts ventured down the QEW for an inter-division tilt against their longtime provincial rivals, the Hamilton Tiger-Cats.  Beyond a capacity crowd of 24,135 spectators, the Ticats cruised to a 34-18 victory over the Boatmen, handing Toronto their second loss of the season, and improving to 8-0 at Tim Hortons Field in the process.

“We weren’t consistent enough,” commented Argonauts head coach Scott Milanovich.  “I wasn’t discouraged.  I just felt like, from start to finish, that wasn’t us.  It’s one thing to get beat but I just didn’t feel like we showed up and played like us.” 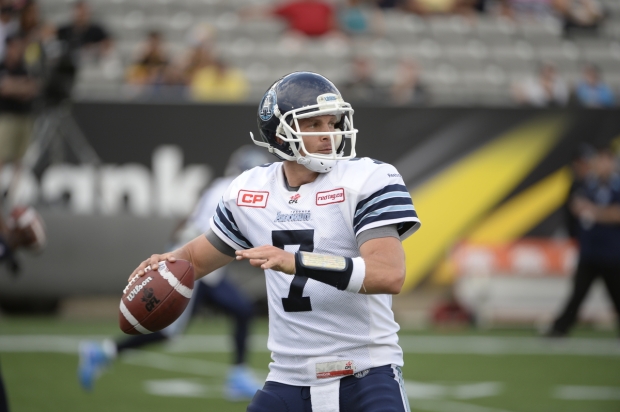 The Argos mustered 431 yards of total offence against Hamilton, but managed to score just two touchdowns, one of which came in garbage time with the game already out of reach.  The Boatmen committed 18 penalties in last week’s game, and according to CFL statisticians, are on pace to surpass the CFL’s all-time record for most penalties in a single-season.

At 3-2, the Argonauts find themselves in a three-way tie for first place in the CFL’s Eastern Division.  On the opposite end of the spectrum, the Roughriders, currently mired in a six-game losing streak to begin their 2015 campaign, sit dead last in the West and are the CFL’s lone winless team.

The last time Saskatchewan started a season with an 0-6 record was 1979.  Decimated by injuries, the Riders have struggled to find consistency on both sides of the football.  Last week, in Edmonton, quarterback Brett Smith made his first-career CFL start.  The 23-year-old Oregon native completed 17 of his 27 pass attempts for 144 yards and two interceptions.

With Darian Durant out for the season, and Kevin Glenn sidelined for the foreseeable future, Smith has been presented with an opportunity to help the Riders turn their season around.

“I’m very excited to see Brett Smith for his second go around,” declared Roughriders head coach Corey Chamblin following his team’s practice on Thursday.  “(I’m excited) to see how much he’s grown from one game to the next.”

The Argonauts have also been hit hard by the injury bug.  Slotback Chad Owens, who exited Monday’s game in Hamilton with an ankle injury, will not suit up for this weekend’s home opener.  Additionally, the Argonauts will also be without the services of slotback Anthony Coombs and veteran centre Jeff Keeping. 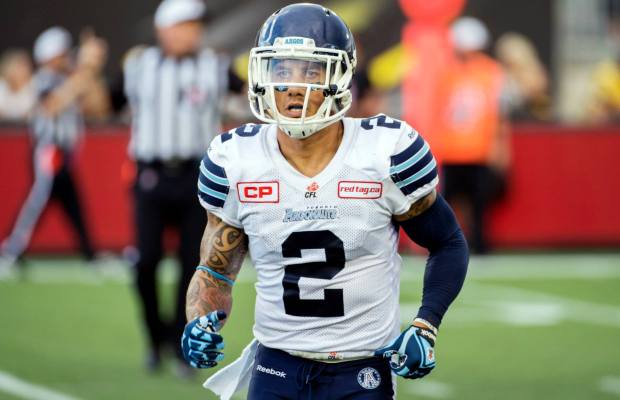 Second-year wideout Natey Adjei will line up at Coombs’ slotback position, while Diontae Spencer, 23, will start in place of Owens.  Furthermore, Gregory Van Roten will start at centre, filling in for Keeping.

Meanwhile, on the defensive side of the football, in the absence of outside linebacker Cory Greenwood, GTA native James Yurichuk will make his first start of the season.  As for the playmakers in the secondary,  Vincent Agnew, 27, will continue to serve as the Argos’ starting safety, as both Jermaine Gabriel and Matt Black are sidelined due to injury. 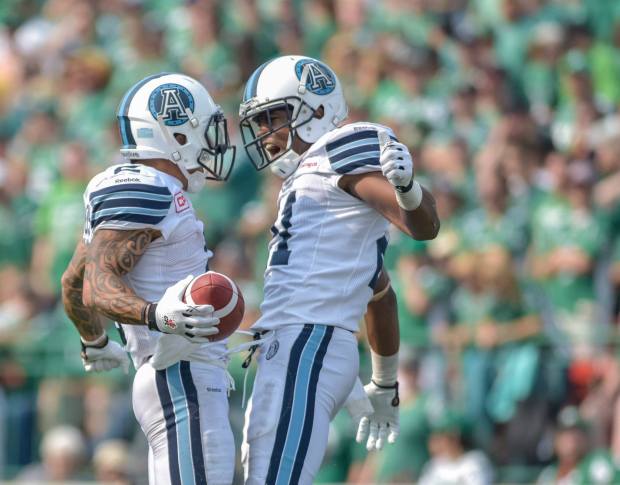 The Boatmen possess one of the CFL’s most potent offences, a unit that has produced, on average, 27.2 points per game.  Argonauts quarterback Trevor Harris currently leads the CFL in completion percentage (74.3%), touchdown passes (12) and 300-yard passing games (3).

Schematically, the Argonauts have a tendency to employ a pass-oriented offensive game plan, a strategy which may bode well against Saskatchewan, as the Riders, from an analytical perspective, currently own the CFL’s most vulnerable pass defence. 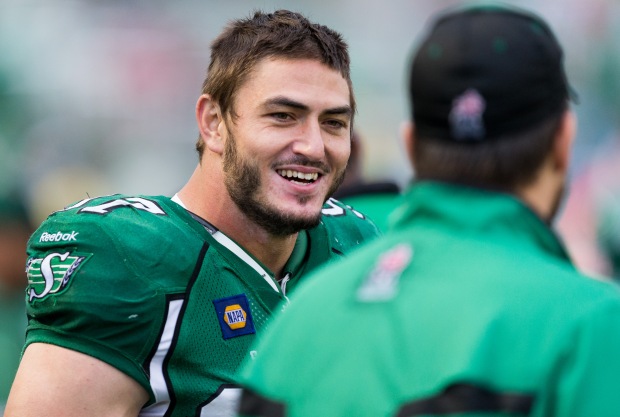 Nevertheless, the Argonauts’ offensive line will have its hands full with the Riders’ fearsome front four, a stable of lethal pass-rushers anchored by two-time Grey Cup champion John Chick.

The Roughriders enter this week’s cross-divisional showdown with nothing to lose and everything to gain.  They’re a team in desperation mode, a squad searching for answers amidst their early-season woes.

“Well, certainly, I believe they’re a much better team than what their record (indicates),” stated Milanovich.  “When you get a team that’s backed against the wall, has nothing to lose, they’re going to come out fighting, and obviously, (they’re) a dangerous opponent for us…”

Defensively, it is imperative that the Argonauts neutralize the Riders’ dynamic rushing attack.  Saskatchewan’s explosive backfield duo of Jerome Messam and Anthony Allen have combined for 657 yards rushing and three touchdowns.  The Argos’ defensive front four will need to remain disciplined in their gaps and generate penetration along the line of scrimmage in order to clog up the running lanes. 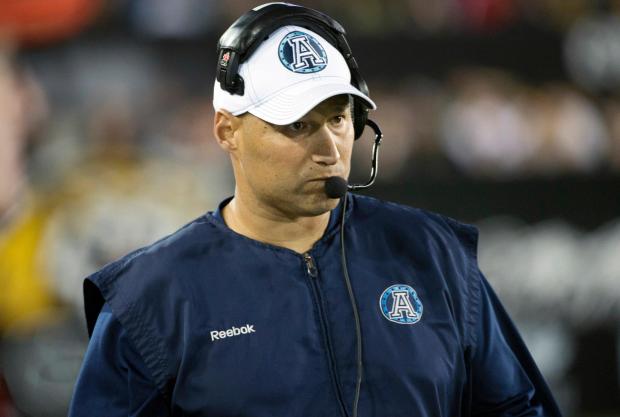 The Boatmen have won three of their last four meetings against Saskatchewan, and despite coming off a short week, Argonauts bench boss Scott Milanovich is confident that his team will be ready to rebound following a disappointing loss in Hamilton.

“Anytime you have a short week and guys are tired you have to really work to get yourself mentally invested in the game,” said Milanovich.  “Anytime you play a team without a win they play like they’ve got nothing to lose. To me this isn’t an 0-6 team.  You have to find a way to be consistent and show up every week.”

Under Milanovich’s guidance, the Argonauts have gone 3-0 in home openers since 2012.

Kickoff is scheduled for 7 p.m. EST.  The game can be viewed live on TSN or heard on TSN 1050 Radio.

We invite you to join the conversation on Twitter by using the hashtags, #ArgosLive and #OURTeam.