TORONTO – Greg Jones is currently in his second year in the CFL, and in his first year as the team’s starting middle linebacker.  If the stats below are any indication, the six-foot, 238-pound linebacker has an incredibly high ceiling in this league and has shown the ability to anchor Toronto’s defence for many years to come.

The second-year linebacker has found a niche in the CFL, already producing in one month, half of his total tackles from all of last season.

“This being my second year I’m still getting a little used to them (CFL rules),” says Jones, “but for the most part I’m acclimated.”

Coming from a highly successful background in American football, where Jones earned two-time consensus All-American honours at Michigan State and even a Super Bowl championship with the New York Giants in 2011, the 26-year-old Cincinnati, Ohio native enjoys the Canadian game and the city he plays in.

“I like the CFL a lot.  There’s a lot of opportunity in this league,” commented Jones following a recent Argonauts’ practice.  “I’ve found a niche here.” 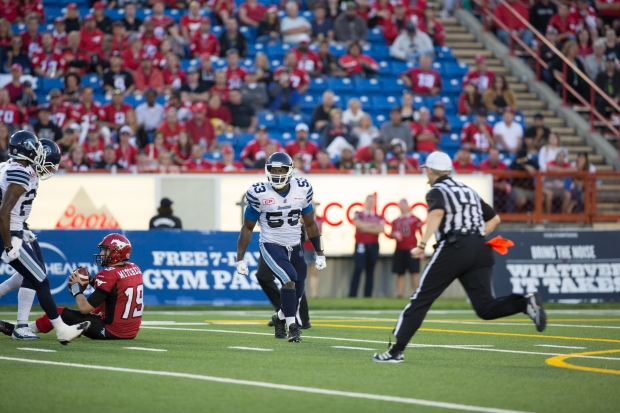 As for the rules, there are some things that he thoroughly enjoys about the CFL.

“They make the game more interesting.  It’s fun,” declared Jones.  “The waggle (pre-snap motion), when you look at it, it just looks cool.  Much respect to my DB’s, having the God given ability to cover and handle that.”

In his time with the Argos, Jones has learned a few lessons he’d like to pass on to new CFL players.

“Get your playbook and treat it like it’s your first,” stated Jones.  “There’s always something new to learn, something to get better at and always remain confident.  I’ve seen Super Bowl champions and All-Pros come in here and not play well, and they get cut.” 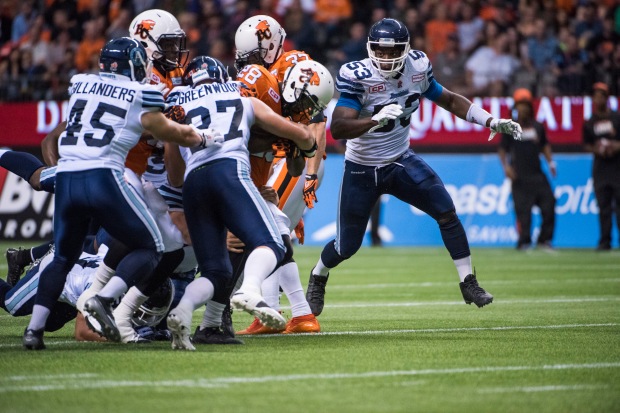 In two years, Jones has played well enough to earn a starting gig, representing a city that he really admires.

“I love this city,” proclaimed a jubilant Jones.  “Toronto reminds me a little bit of New York.  You go down to Dundas Square and it reminds me of Times (Square) a little bit.”

Chris Zorbas is a second year digital journalism student co-majoring in communications media and film. Chris is from Oshawa and came to Windsor to be closer to the NFL and NCAA, which he hopes to cover professionally.