TORONTO – With the Argonauts coming off a bye week and their first lost of the season in Calgary, the team should be hungrier than ever to get back onto the field and play some football. Fortunately, they will get that chance on Friday night in Vancouver against the B.C. Lions.

Five Keys to the Game:

How the Argos come out of the gate Friday will play a big role in whether or not they get the victory. Though they have shown that they can make the necessary halftime adjustments to get a win, a slow start in B.C. could spell trouble for the Double Blue. The Argos should come out trying to control the clock and take the fans out of the game early. If they can do that, everything else will take care of itself. However, if they are unable to bounce back quickly from their loss, it could spell early trouble for the Argonauts. 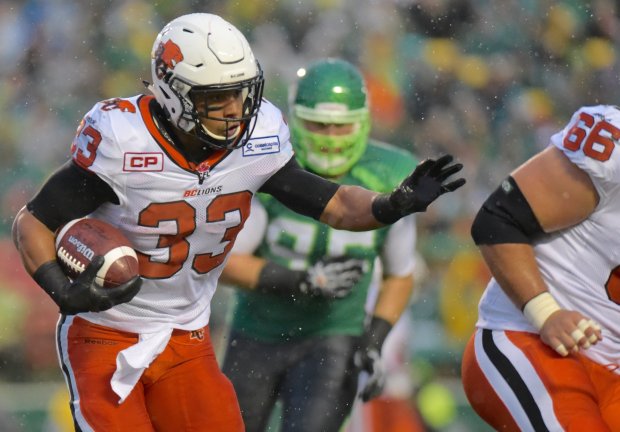 The Lions have a dual-threat in the backfield; not only can tailback Andrew Harris run through you, he can also run around you. Moreover, quarterback Travis Lulay is more than capable of making opposing defences pay for lapses in coverage along the line of scrimmage. As for the aforementioned Andrew Harris, the Lions’ star running back is currently averaging 5.2 yards per carry, while the Argos’ defence is allowing an average of 4.3 yards per clip. If the Argonauts hope to make the Lions one-dimensional, it should start with defending the run.

Lulay, who is now in his seventh CFL season, has only played the Argos seven times throughout his career, winning five of those games (four of them against a Scott Milanovich-led team). If the Argos are going to make B.C. one-dimensional by stopping Andrew Harris, they better have a plan to slow down Lulay as well. He appears to be completely recovered from his shoulder injury and could be the biggest factor in Friday Night’s game.  The Argos’ defensive line will be pitted with the responsibility of generating a consistent pass rush in order to alleviate pressure on the Boatmen’s youthful secondary.

4. Bounce Back Effort From The Flyin’ Hawaiian

If you asked him, Chad Owens would tell you that his performance against Calgary was arguably his worst since joining the Argonauts in 2009. Between drops, missed assignments and giving up an untimely single point, it is a game Owens would like to forget. He can do just that this week by setting the tone for the Argos’ offence. Despite Owens being on pace for the most receptions and second most yards he’s ever had in a season, it doesn’t feel like he has had the contribution most are expecting. Part of this could be attributed to the Argonauts’ new trio of wideouts who have all played outstanding (Tori Gurley, Vidal Hazelton, Kevin Elliot). It could also be because Owens and Trevor Harris are still getting acclimated with one another. Whatever the reason may be, if the Argos are going to march into B.C. Place and take down the Leos, Owens will need to return to his MOP-like form.

Whether it is a run up the middle or protecting Trevor Harris from a blitz, Argonauts running back Brandon Whitaker will have his hands full on Friday night. The Lions possess arguably the best linebacking trio in the CFL with Adam Bighill, Solomon Elimimian and the versatile Josh Johnson. Brandon Whitaker has experienced a career resurgance since joining the Double Blue, but he is coming off a sub-par outing against the Stampeders in Week Three. There is no better test than when he meets one of these linebackers in the hole. If he is the ball carrier he’ll need to decide to either try to run through them or around them – neither of which will be easy. Whitaker will also have the daunting task of blocking one of these men, one-on-one, should they be blitzing. How Whitaker fares as a blocker and a runner versus these men will be telling of his success. In addition, Whitaker possesses the ability to stretch the field and is a versatile weapon in the Argos’ passing attack.