TORONTO – Well, we knew it was bound to happen on this historic five-game road trip to start the season…  A loss.  In these first 10 games of the season, eight are played on the road.  Simply put, if the Argos can win five of these games, their chances of qualifying for the post-season increase significantly.  They are still ahead of the game and they have a bye week next to heal some of their injured players. 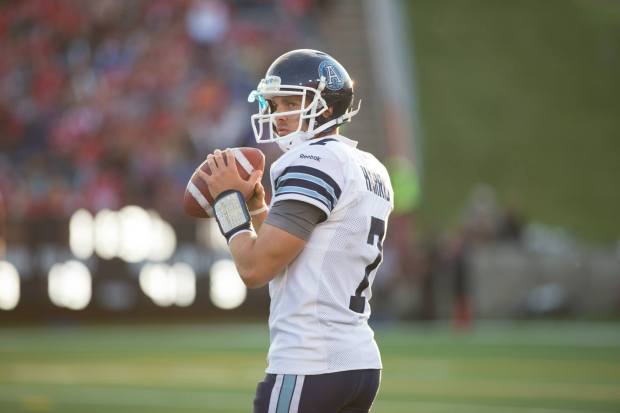 The Argos played the defending Grey Cup champions last night and were in the game until the very end.  Had the offence managed to play at the same tempo they did in weeks one and two, they would have won this game.  Calgary’s offensive line lost both starting tackles and were forced to insert defensive linemen along their offensive front.  As a result, the Argo defence held Calgary to just a field goal in the second half, but the Argos could only muster a pair field goals in the final 30 minutes.  Hats off to the Calgary defence who stepped up their game knowing their offence was in trouble.  With Andre Durie sidelined for the remainder of the season, the Argonaut’s receiving core is a young, inexperienced group.  Calgary’s veteran defence won the battle last night.

The keys to winning on the road are:

So, how did the Argos fare last night?  I have mentioned before that this Argo team is built for the historical road trip they are on.  They are well-coached, and they have played on four-game road trips in each of the two previous seasons and because of all of the off field distractions they have had since 2012 are a mentally tough group.

They lost the turnover battle last night and a fumble recovery by Calgary led directly to one of their touchdowns.  Quarterback Trevor Harris managed the game, and the turnovers were not his fault.  It is too much to ask him to lead his team from behind in the last minute every week.  That said, two field goals in one half of football isn’t good enough.  Other notables on offence from last night were receivers Vidal Hazelton, Tori Gurley, and Kevin Elliott, who continue to impress and seem rather comfortable in Scott Milanovich’s complex offensive system.  This trio will compliment Chad Owens as the season moves on. 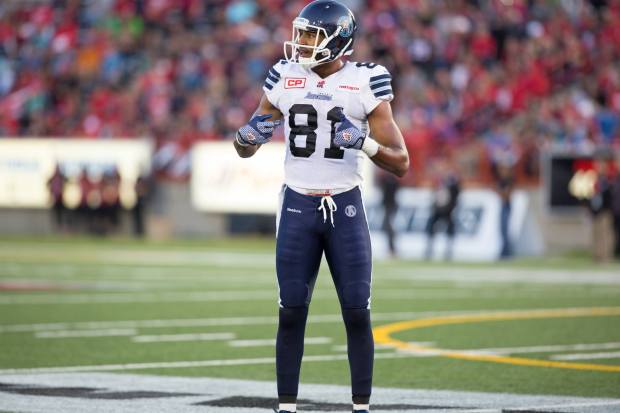 The Argos won the special teams battle.  Their young kicker Ronnie Pfeffer, who is replacing All-Star Swayze Waters, connected on his long field goals and conversions and had many 50+-yard plus punts to keep the Argos in the game.

The defence kept the Argos in the game in the second half.  They allowed only three points in that half and gave their offence a chance to win the game.  They allowed a long Calgary drive for a touchdown in the first half that was likely the turning point of this game and the margin of victory.  Other than that they kept their team in the game.  Notable performances were put in by the linebacking corps of Cory Greenwood, Brandon Isaac, Brian Rolle and Greg Jones.  They were flying to the ball last night and for the most part helped to keep Calgary running back Jon Cornish in check.

Losing the turnover battle cost the Argos the game.  Football is the ultimate team sport and turnovers are the responsibility of the entire team.  The offence needs to maintain possession, and the defence could have played more aggressive given the fact that Calgary’s offensive line was decimated by injury.

Calgary is a tough place to play.  They are the champions for a reason.  The Argonauts only lost by five points.  When the schedule came out and Calgary was Toronto’s Week Three opponent after playing in Fort McMurray, and in Saskatchewan, it was not difficult to imagine a loss.  The Argos have a 2-1 record with two more road games before finally playing at home.  But first up, a well-earned  bye week to heal up and rest up before heading all the way back to the west coast for a cross-divisional showdown against Travis Lulay and the B.C. Lions on Friday, July 24.

Enjoy your summer on the bye week.