TORONTO – Second road game, second win in as many weeks for the Toronto Argonauts.  Not as easy as the first win, and potentially costly depending upon the extent of some of the injuries sustained.  A huge road win for the team, nonetheless.  Last week, I mentioned that the Argos are a team built for this unprecedented road trip to start their 2015 season (five straight road games).  They played another textbook road game in the loudest stadium in the CFL, earning a dramatic overtime win at Mosaic Stadium in Regina.  The offence played well with the wind at their backs, and when it mattered most, they delivered.  The defence surrendered a lot of yards, but stood tall when it counted and contributed to the scoring with a pick-six at a crucial moment in the second half.  As for the Argos’ special teams units, a rookie kicker standing in for an All-Star nails a 50-yard field goal for his first professional points with a rabid fan base pumping up the volume all around him, and he calmly nails the field goal to tie the game in the fourth quarter and hits his not-so-automatic 32-yard converts to keep the Argos in contention. 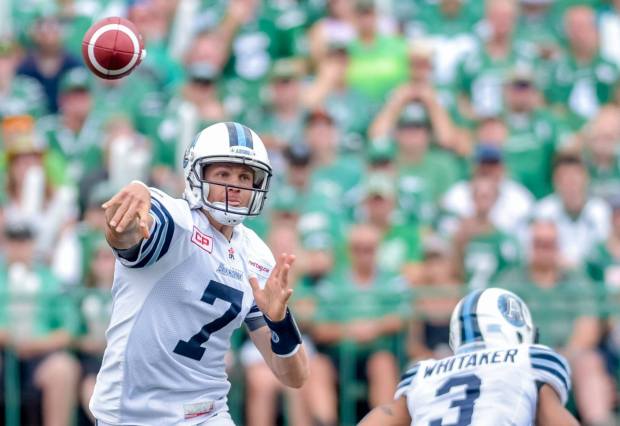 The Argonauts are now 8-2 on their three-season historic mega road excursion.  In 2013, the Argos went 4-0 on their annual month-long road trip.  Last season, the Boatmen posted a record of 2-2 over the course of a four-game road swing.  Presently, the Argonauts have the won the first two games of their current five-game road trip.

This game, which saw the good ship Argonaut ride over a sea of green in Regina, was a total team effort.  Quarterback Trevor Harris did not put up the same numbers as last week, but still completed 30 of 38 pass attempts for 267 yards, four touchdowns and only one interception.   More importantly, he was poised in leading his team from behind to tie the game with six seconds left to force overtime, and subsequently engineered two crucial touchdown drives in the extra frame.  Again, all of this with a deafening Rider Nation crowd in his ear the entire game.  Not bad for just your third pro start. 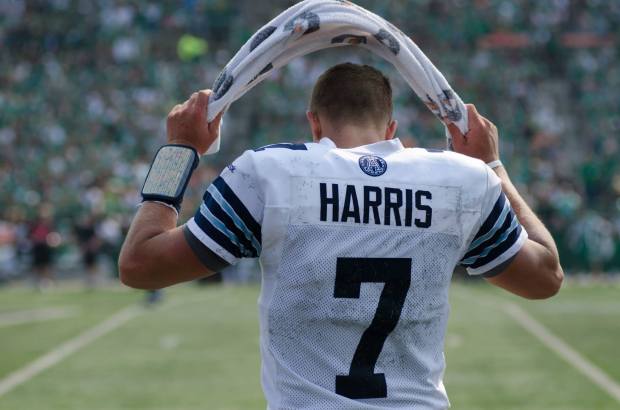 The Argo offence was well-balanced.  With the strong prairie wind at their backs in the first and fourth quarters, the Argos produced.  Early in the game, it was the rookie receivers making catches and sustaining drives.  Late in the game, the veterans took over, with Chad Owens on the receiving end of a game-tying touchdown with six seconds remaining in regulation time.

When the Riders had the wind in the second and third quarters they looked sharp, and the Argo defence had trouble with them.  But just when the game looked like it was going to slip away from Toronto, trailing by 10 points in the third quarter,  cornerback A.J. Jefferson stepped in front of a Kevin Glenn pass and returned it 100 yards for the touchdown to shift the momentum back in favour of Toronto.  From there, the vets took over and managed to steal the win away from Saskatchewan. 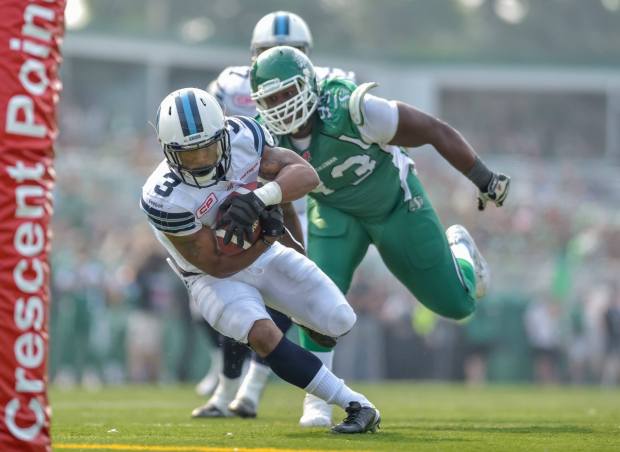 Next up are the Calgary Stampeders on a rare Monday night game in Calgary.  The defending Grey Cup champions are 1-1 and are coming off a road loss in Montreal.  This will be another tough road game for the Argos and they will need to be ready.  Some of the key players that suffered injuries yesterday were receiver Andre Durie, safety Jermaine Gabriel, and defensive end Ricky Foley.  However, the Argos have depth and the replacements not only filled in but made valuable contributions to complete the comeback and secure the victory.

Argos, enjoy the win.  Get a couple of days rest, heal up and start a week of prep and practice for another long trip back to the west coast, this time a stop in CowTown for a tilt against the Stampeders.

I am issuing a challenge to Toronto’s sports media professionals.  Cover this team.  They win.  They win under challenging circumstances.  They win with a lot of players from the GTA, who willingly bleed for their city.  They win as underdogs with other players that are told they are not good enough to play somewhere else.  They are incredibly well-coached.  They are fun to watch.  And they are making history despite embarking on an indecently long road trip to begin their 2015 campaign.