Last night we watched the Montreal Alouettes stomp out the first place Toronto Argonauts 20-9 in such fashion, that reviewing the game film might warrant arrest for cruel and unusual punishment.

I first watched that stout Montreal defense live, three weeks ago in Mosaic Stadium. For the first time in 2013, Saskatchewan’s formidable offense was stymied all game long. The Riders won on a last second field goal, and the team improved to 6-1, but really it felt like a loss. It was one of the ugliest games I’ve watched all season.

The Rider Nation fell into an uproar. The team was actually booed at times. 40,600 fans walked away from that game in a rather subdued mood. This was approximately exactly when I began to feel like the Toronto Argonauts might be in trouble – having to share a division with this squad.

It’s not so much that Montreal is a good or bad team, or that Les Alouettes might crank off some wins, or be primed for some losses – it’s that Montreal is a downright UGLY team to watch this season. They suffocate your eyeballs with a game so smellworthy, stray dogs line up to roll in it.

The thought of seeing Montreal play live two more times this season is so depressing, that I think we need a momentary distraction. How about a photographic interlude from that fateful day in Mosaic Stadium? 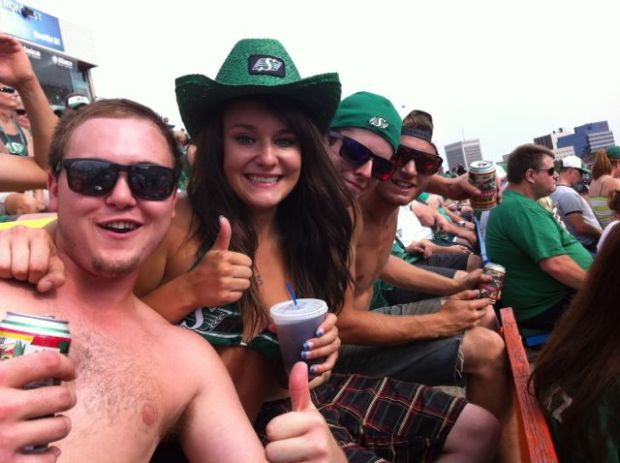 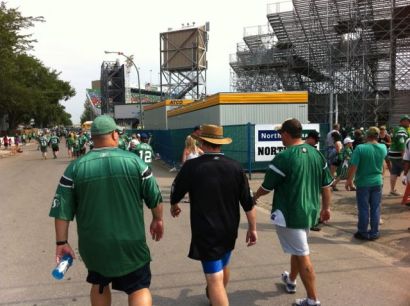 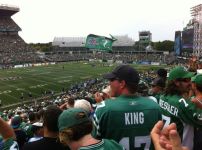 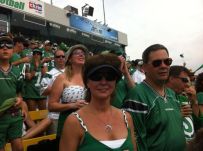 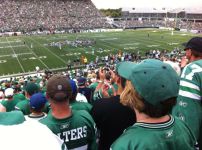 Ahem. Back to Toronto.

Cavernous Rogers Centre welcomed a rowdy university crowd to the visitor’s side of the stadium. Their raw energy was a welcome addition to what otherwise would have been a funeral dirge halfway through the 2nd quarter.

In his second start, Zach Collaros found out quickly that the Montreal Alouettes were not the over-hyped BC Lions. Those angry birds had some hell of a fight in ‘em. Collaros went 21-32 for 256 yards, with one touchdown and one pick. He was sacked twice and harassed all night.

No doubt, Collaros will learn from this experience. Problem is, he’ll be forced to watch the game film, which as previously mentioned, would be somewhat unkind.

Adding to the eyesore was Montreal’s Tanner Marsh, who in his first professional start at quarterback, went 18-27 for 309 yards, also with a pick and a touchdown.

The numbers for both quarterbacks seem respectable, but they belie the fact that last night’s game saw the ball being punted 18 times between the two offenses.

Despite being down by a mere 12 points, halfway through the 4th quarter, the now-sparse crowd in the stands could sense that the Argo bounce just wasn’t going to be coming their way on that night.

But you know, whatever doesn’t kill you, makes you stronger. Zach Collaros will be better. The Argos remain in first place in the East. Fans, no matter what happens at the next home game, will be treated to a much more entertaining game.

I can’t wait to see how well the Argos will match up against their next opponent. Can’t wait!

Just gimme a sec to look it up here…

Jarrett Rusnak is President of Dacian Productions Inc.  He concentrates his efforts on writing, producing and directing, though you will also find him behind a camera capturing images, or in an edit suite pushing buttons. He blogs recularily (www.jarrettrusnak.com) and has a habit of referring to himself in the third person when writing bios. Jarrett lives in Toronto, but remains a prairie boy at heart (born and raised in Regina). He has been working in the film & television industry since 1995.